My fire is the largest in Sweden!

In 1897 August Strindberg wrote ‘Inferno’ in the house across the street from Suscito on Grönegatan 8.

Even though Strindberg was a visionary of sorts, never in a million years could he have imagined that his works would still be held in high regard more than a century later.

Next year marks the 100 year anniversary since the death of August Strindberg. His death will be recognized both domestically and internationally, and especially on the internet. Suscito was contracted by the Swedish Arts Council to design and create the official centennial website
www.strindberg2012.se. Current events surrounding the anniversary are posted on the site and the site even gives an overview of Strindberg’s life and achievements.
The Year of Strindberg 2012 is a collaboration between the Swedish Arts Council and the City of Stockholm through Stockholm’s City Theatre and the Swedish Institute.

On December 1st the celebrations surrounding The Year of Strindberg 2012 commence. The official website will also be launched coinciding with an inaugural speech by the Minister of Culture Lena Adelsohn Liljeroth at the Strindberg Museum in Stockholm. 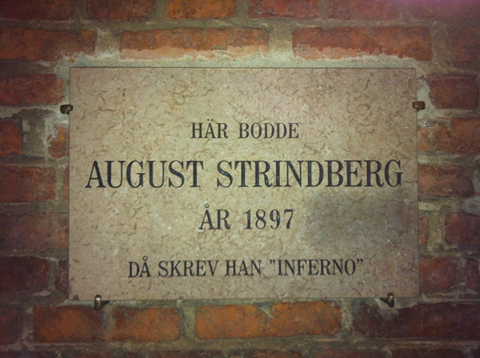